How Bob Feller, Hank Aaron And Arnold Palmer Rank With A Hole-In-One And Driving A Harness Horse To Victory 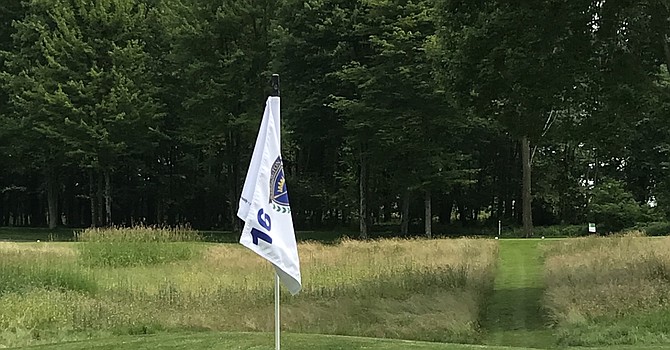 The Great Sports Pause of 2020 has created an obvious void in our daily sports conversations. It’s being filled by lists. Gobs and gobs of lists.

Instead of debating LeBron James’ chances of claiming an NBA Championship with a third team or calculating Frankie Lindor’s trade value after his latest three-hit game, we’re left with ranking the greatest games we’ve witnessed or most under-rated players named Joe.

With more than 40 years in the business of covering Cleveland sports, I feel qualified to compile some personal lists from my own archives. This is one of them.

Five Personal Favorite Memories In The Line of Duty

On the practice green prior to the Cleveland Boys and Girls Club charity event at Barrington in Aurora last year, Sam Pines, my boss confided to me, “If I ever got a hole-in-one, I’d rather do it in my regular golf game with my friends for the bragging rights.”

I’ve played in dozens of charity golf events in my life – even hosted one for six years – and never have seen or heard of a hole-in-one at any of them. So I figured Sam’s wish not to waste one here was safe.

Soon as I hit the ball, honestly, I said, “That has a chance to be close.” The ball landed left of the flagstick, but the terrain hid the hole from our view from the tee. One of our partners who’d already hit thought it was going to be real close and he ran toward the green. As the hole came into his view, he saw no ball on the green and pumped his arms wildly. He got to the hole and found the ball at the bottom of the cup.

The next few minutes were a blur of celebration, cell phone photos and shots of Fireball.

On the next tee, I brushed off the line I’d been saving for an occasion I thought would never come.

Without thinking, I teed up the very ball I’d hit in the cup and sliced it out of bounds. Fortunately, Sam found it. “Here, put it in your bag,” he ordered. “Don’t hit this ball again.”

What did I know? I never had a hole-in-one before.

Here’s the thing about a hole-in-one. It screws up the rest of your round. I don’t think I hit another ball on the screws the rest of the day.

The morning after the Indians’ loss to the Florida Marlins in the seventh game of the 1997 World Series, the team of Plain Dealer writers covering the game were booked on the same flight home. It was a very early morning flight after a very short, depressing night.

Back in those days, frequent fliers might be upgraded to the First Class section. My name was called for the last upgrade and when I got to the open seat it was right next to Rapid Robert, the greatest pitcher in Indians history.

Anyone who ever covered an Indians game has had numerous baseball conversations with Feller, who attended most every game in then-Jacobs Field and sat in the second row of the press box. Feller was always gracious with his time with me and so many others in the media.

On this morning, he was particularly feisty, upset with the epic loss that robbed the Tribe of ending its championship drought (which then was a mere 49 years).

In First Class, Rapid Robert and I toasted several Bloody Marys reliving and bemoaning how the Indians blew that seventh game. Oh, if I’d had a recorder handy.

As the Browns rose to the ranks of elite in the AFC in the mid-1980s, their dormant national fan base perked up. Little did I know at the time it included Hank Aaron. Yes, THE Hank Aaron, one of the greatest and classiest baseball Hall of Famers of all time.

Back in those days, as the Browns beat writer for the Plain Dealer, I would occasionally stop in the office to pick up mail and supplies. In the pre-Internet era, the phone lines would constantly ring with fans requesting scores and bits of information.

One day, somebody answered a line, put the caller on hold, and said, “Tony, pick up 4370, for you.” The first thing I heard on the other end was, “Hello, Tony, this is Hank Aaron.”

The Hall of Famer explained his passion for the Browns. He was concerned about an injury Earnest Byner had suffered the game before and wanted to know if the running back would be playing in Sunday’s game. Aaron said he intended to be at the game in his customary spot in the Dawg Pound.

I had no idea.

I was speechless, and managed to mumble an answer. Our conversation ended with me begging Aaron to call anytime for inside dope on the team. He took me up on it a few other occasions.

When I was an intern with the Plain Dealer in the summer of 1979, the esteemed PD golf writer George Sweda occasionally would steer me to a feature story on his turf. One day, Sweda called and told me to meet him at Kirtland Country Club for a story he’d have for me.

It turned out that Arnold Palmer was at the Lake County club for a special charity function. When I arrived, Sweda said to meet Palmer at the putting green in a half hour and interview him.

I hastily phoned the office and had somebody read me the most recent story on Palmer. The one thing that stuck with me was Palmer, 49, hadn’t won a PGA event in six years.

I found Palmer at the putting green, hunched over the ball as he made one putt after another. Alas, the interview was an embarrassing disaster, and a learning experience. I remember asking him about “his slump” and if he thought he’d ever win another tournament.

Palmer sized me up pretty quickly as a scared summer intern struggling with his first interview of a sporting legend. He graciously answered all my dumb questions. It taught me to never be so unprepared again.

In the early 1980s, one of my best friends was public relations director at Northfield Park. He was full of ideas and talked the GM into holding a race of media members driving the harness horses to drum up media coverage.

My friend sneaked me into the field of eight “celebrities.” He also set me up a training session with one of the local drivers. I learned the basics of sitting in the sulky and using the reins to steer the horse.

The night of the race, the track GM was nervous about having such novices behind the reins of 900-pound animals – trained as they may be. He wanted to see everyone fall into single-file line around the half-mile oval two times and get over the event without incident.

I didn’t want to lose.

I drew the No. 2 post position. Through the first 3/8 of a mile, the field of eight dropped in that familiar single file line, from No. 1 through No. 8. Just before the half-mile, I decided to make my move. I pulled on the right rein to instruct the horse to step to that side and then made the adjustment to have it pull out of the single file.

I was later told there was an audible gasp in the crowd at the move. For the next quarter-mile, my horse, Beau Willoway, was “parked out” on the outside lane to the No. 1 horse on the inside lane. Finally, Beau Willoway took the lead entering the stretch and we paced comfortably ahead to the finish line.

The prize for winning the race? A 32-inch color TV.