On The Road With The Browns: Providence 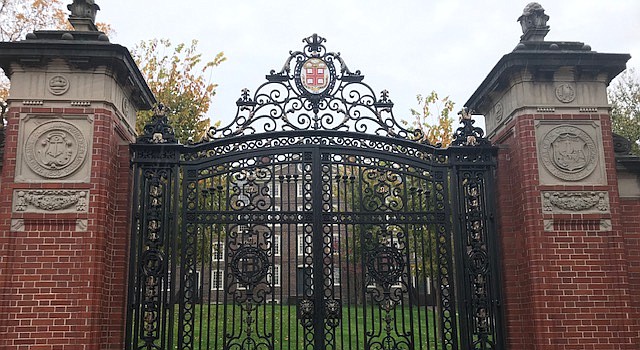 Editors note: Tony Grossi is an analyst on the Cleveland Browns for TheLandOnDemand.com and 850 ESPN Cleveland.

(Throughout the Browns regular season, I join my travel partner, Delta Airlines, in giving our followers a feel for the cities we’ll visit in 2019.)

I’ve always wanted to visit an Ivy League college campus. Not for any purpose other than to enjoy its rustic beauty in the fall.

So, when you trail the Cleveland Browns on their trip to play the New England Patriots, it seemed natural to visit Brown University, the obscure Ivy League school hidden in the capital of our nation’s smallest state.

Like the Browns, Brown University was named after a man named Brown, Nicholas Brown Jr., whose family was early benefactors of the start-up of the college.

Originally founded as Rhode Island College in 1764, it was renamed Brown University in 1803 when the family donated the naming rights fee of $5,000. What a bargain. Naming rights to football stadiums nowadays run $10-$20 million a year.

“I always knew it as one of the more liberal campuses of all the Ivy League schools, if you can believe that,” said Browns center and Cornell University alum JC Tretter, one of two Ivy Leaguers in the Browns’ locker room.

“The one fun fact I know, I believe [Harry Potter character] Hermione Granger went there, the actress, Emma Watson. She went there for two semesters. That’s all I know about it,” Tretter said.

While Ivy League conjures academic excellence, social elitism and pricey tuition, the term itself was coined by a sportswriter in the 1930s. And since 1954 it has been the name of the athletic conference of the eight prestigious institutions rooted in America's original colonies.

Seven of the eight were founded before the American Revolution. Harvard is the oldest (founded in 1636) and Cornell the youngest (1865).

The Ivy League boasts some of the oldest rivalries in college football – Harvard and Yale (1875) is exceeded only by Princeton and Yale (1873). But when it comes to Brown University, its biggest rival is with non-Ivy Leaguer Rhode Island University.

Since 1982, Ivy League schools have competed at the (former) Division I-AA level. The schools do not offer athletic scholarships and their football programs have not accepted invitations to post-season bowl games or playoffs since 1936.

“Their head coach, James Perry, was our offensive coordinator my freshman and sophomore year,” said Browns practice squad tight end Stephen Carlson, of Princeton. “I like Coach Perry. I think he’s kind of turning it around a little bit this year.”

Sure enough, a sculpture of a bigger-than-life brown bear stands gloriously a few hundred feet from the student campus center on the main campus green.

As for the campus itself, Architectural Digest included it in its list of 50 most beautiful colleges in America because of its mix of Georgian, Victorian and Gothic buildings.

And that beauty was evident even on a rainy Sunday morning in October.