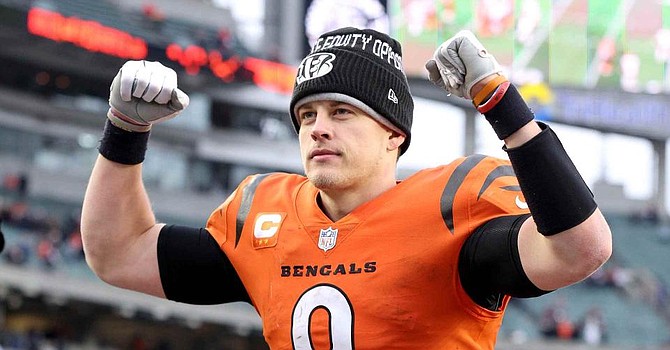 Bengals QB Joe Burrow ran his postseason record to 5-1 and has a chance to return to the Super Bowl with one more win over KC's Patrick Mahomes. (TheSportingNews)