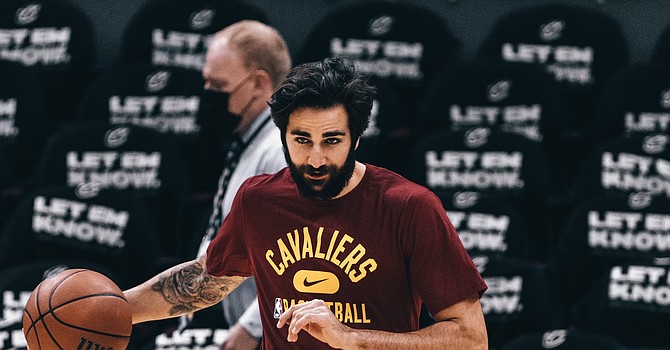 The Cleveland Cavaliers are set to receive a boost to the backcourt in the form of point guard Ricky Rubio, according to ESPN.

ESPN’s Adrian Wojnarowski was the first to report that Rubio will make his season debut on Thursday night in Portland for the Cavaliers, as long as things went well during the team's practice on Wednesday. He has been recovering from a torn ACL in his left knee that he suffered in December of 2021. Earlier this week in Phoenix, Cavaliers head coach J.B. Bickerstaff told thelandondemand.com that Rubio was “really close” to a return.

Rubio played in 34 games for the Cavaliers last season before injuring his knee. In those games he averaged a career-high 13.1 points per game with 6.6 assists while playing 28.5 minutes. His role increased early in the season after the team lost guard Collin Sexton to a season-ending knee injury of his own.

Following Rubio’s torn ACL, he was traded to the Indiana Pacers as part of a deal that landed Caris LeVert in Cleveland. Rubio then elected to return to Cleveland this summer when he his free agency.