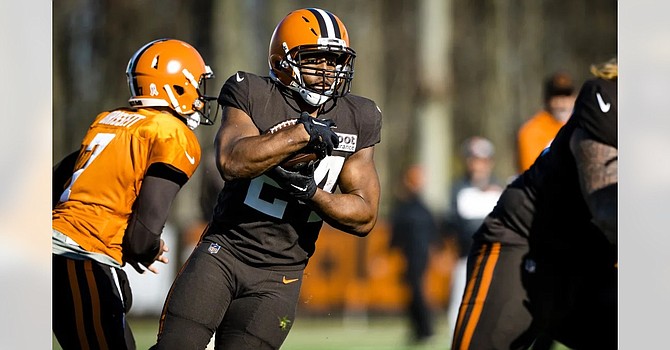 Nick Chubb begins the second half of the season second to Derrick Henry in rushing yards, first in rushing touchdowns and first in points among non-kickers. (Cleveland Browns)