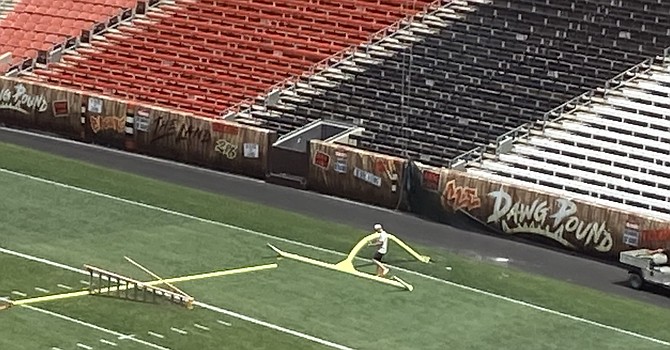 The goalposts came down after the conclusion of the Browns' final spring practice in FirstEnergy Stadium. (TheLandOnDemand)