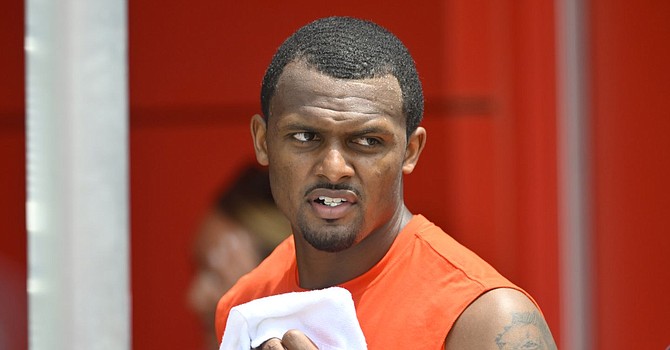 Is Deshaun Watson the most interesting person at Browns training camp? Well, we have one person rated ahead of him. (Boston Globe)