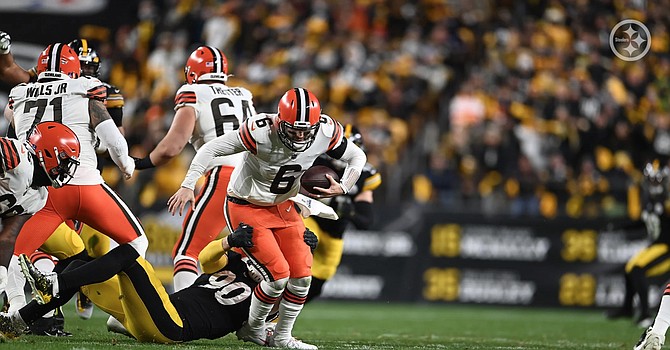 This was a common occurrence in Heinz Field for Baker Mayfield. He was sacked nine times total -- four by All-Pro T.J. Watt. (Cleveland Browns)