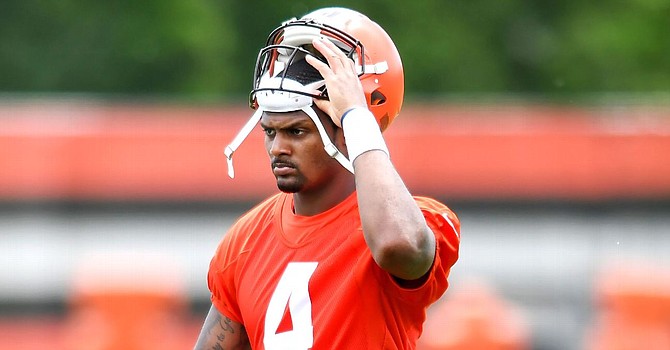 Deshaun Watson could be suspended for the entire season if the NFL gets its way after appeal his six-game discipline imposed by Sue L. Robinson. (ESPN.com)