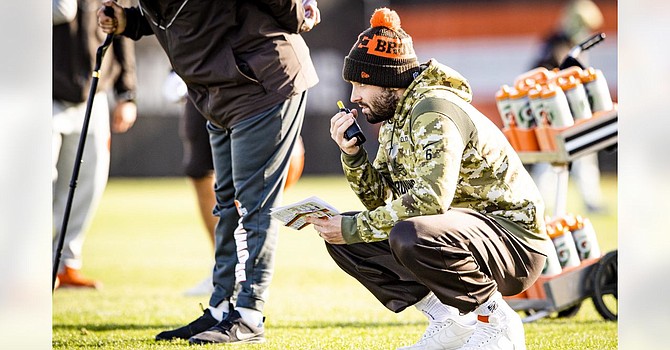 For the second Wednesday in a row, Baker Mayfield essentially rested during the first practice of the work week. (Cleveland Browns)