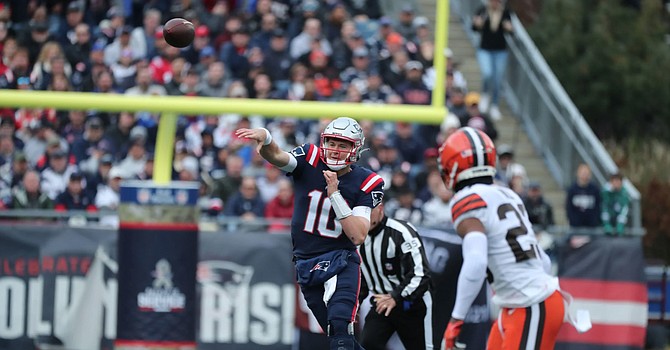 Patriots quarterback Mac Jones looked like Tom Brady in building a 24-7 lead in the first half. (Cleveland Browns)