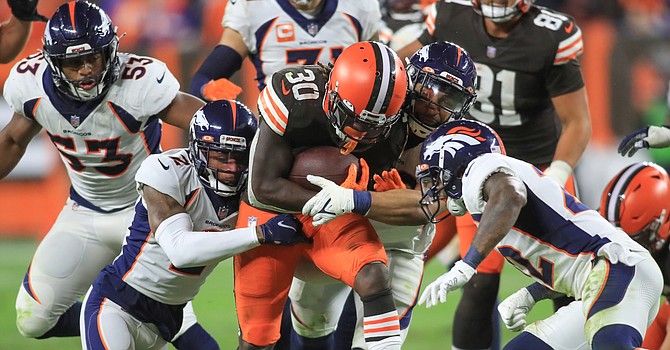 Super-sub running back D'Ernest Johnson will get his second NFL start. This time Bill Belichick and the Patriots are waiting for him. (The News-Herald)