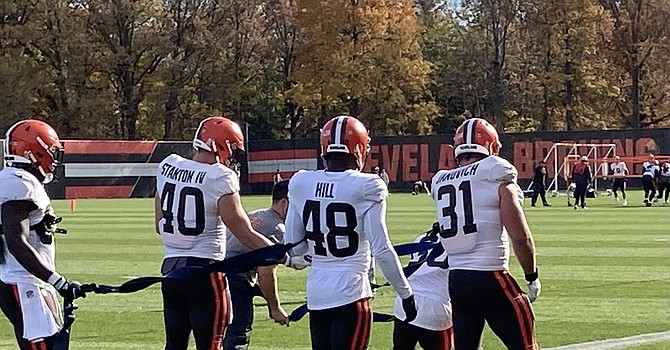 Browns running backs were down to the bone at practice Wednesday with three backs on Covid-19/reserve and one on injured reserve. (TheLandOnDemand.com)