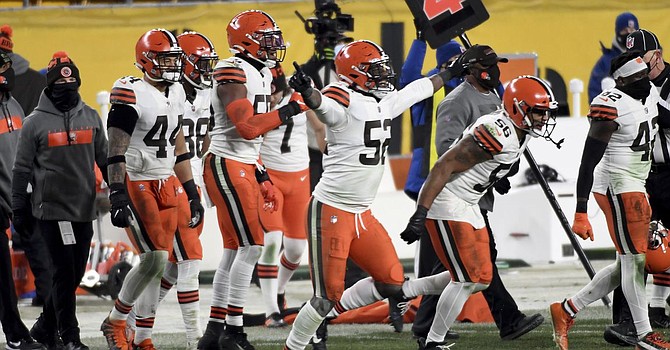 A 28-point first quarter shellacked Ben Roethlisberger and the Steelers to end an 18-year losing streak in Heinz Field and produce the Browns' first postseason win on the road in over 50 years. (Associated Press)