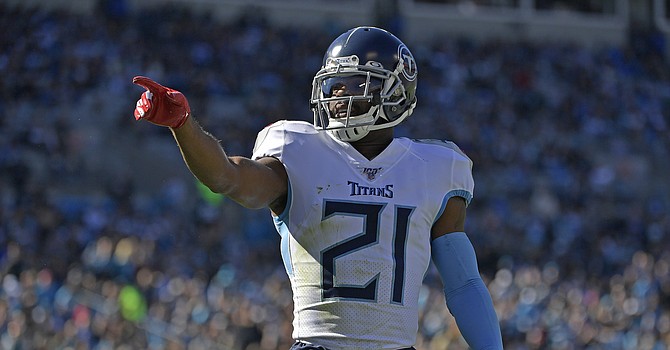 Malcolm Butler is a veteran cornerback with gas in his tank that could complete the Browns' secondary. (Getty Images)

The NFL Draft is 37 days away.

That means five weeks of free agency await. Plenty of bargain-basement opportunities available for the Browns to trim another need from the things-to-do list before the draft.

According to figures provided by spotrac.com and overthecap.com, the Browns have $13 million to $14 million in total cap space available. But they have to preserve $8.9 million for their rookie pool to sign nine draft picks and undrafted rookies.

That doesn’t leave much cap space to sign more free agents. They can always create more room by restructuring an existing contract or two, but so far GM Andrew Berry has been reluctant to do that.

For the sake of this exercise, we assume the Browns would find the room to sign a player to fill a need at the right price. So let’s examine the state of the roster by position group and suggest a free agent to fill the corresponding need.

Analysis: The Browns seem convinced that McKinley is the answer for this year as the complement to Garrett. As insurance if he doesn’t pan out, it would be nice to have a dependable veteran to come off the bench for, say, 20 plays a game. Since McKinley signed only a one-year contract, a developmental end via the draft is a certainty. The Browns do like the potential, however, of Weaver, who was a Mountain West Conference sack record-holder at Boise State and was waived/injured at the final cutdown by the Dolphins last year.

Analysis: It’s true that the Browns value this position group below the defensive line and secondary. In fact, the expected move to a three-safety look will mean fewer snaps with three linebackers on the field. The Browns probably will always look to draft an athletic linebacker in the middle rounds because this group supplies the special teams core.

Analysis: The season-ending injury to Delpit last year undermined coordinator Joe Woods’ plan to deploy a three-safety look. On paper, Woods has the personnel now to do it. But there has to be a fourth versatile safety on hand to prevent one injury from railroading the plan again.

Analysis: Three top-flight cornerbacks used to be enough. But the adage in this era of the NFL is “your secondary’s only as good as your fourth cornerback.” Considering the injury history of Ward and Williams, the Browns might want to extend that adage to a fifth cornerback. Thus the need for two more – a proven veteran and a high draft choice.

Analysis: Even at a $6 million salary in 2021, Keenum, 33, makes sense this year because the Browns can’t afford losses during a playoff hunt if Mayfield would miss a game. But the Browns are in position now to begin cultivating a QB feeder system and hope to develop a quarterback that might be a trade asset in three years.

Analysis: The only need here is to secure a short-term extension with Chubb, who is in the last year of his contract. The franchise tag in 2022 is an option, but not a desirable one.

Analysis: This could be the last season of the Landry-Beckham tandem; their salary cap numbers are just too high for a run- and tight end-oriented offense. So the Browns have to always develop young receivers to take over.

Analysis: Njoku’s $6 million guaranteed salary seems inflated for a No. 3 tight end. But, like the high numbers invested in Landry and Beckham, the Browns seem committed to carrying it – this year. The Browns can wait until next draft to find an eventual replacement third tight end.

Analysis: Everything’s in great shape here. Harris is the heir to Tretter’s starting spot – probably in 2022. Wills and Conklin are good to go for several years. The third and fourth tackles need to be established. Hubbard is coming off ACL surgery and his tenure is coming to an end. Senat could be a quality backup. A tackle in every draft should become standard procedure.