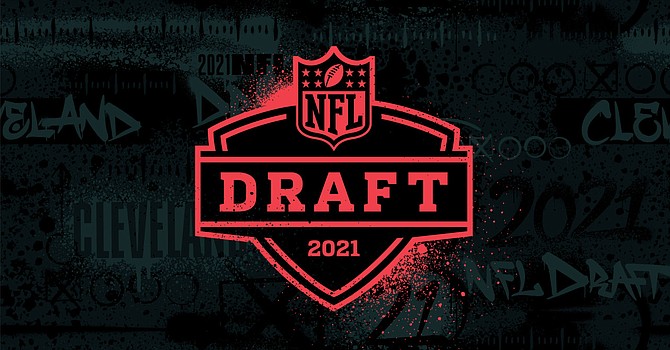 The 2021 NFL Draft staged in downtown Cleveland will feature live announcements of picks, an interactive NFL Draft Experience, live concerts and a Taste of Cleveland food fair, among other events. (NFL.com)

Now it can be said with certainty: Cleveland is on the clock.

Not the Browns, mind you. After the most successful season of their expansion era, the Browns pick 26th in the first round of the NFL draft. They owned the first overall selection in 1999, 2000, 2017 and 2018.

But the city of Cleveland officially is on the clock for hosting the 86th NFL draft on April 29-May 1.

With Covid-19 cases dropping and vaccinations rising, NFL and city officials jointly announced some details for the outdoor activities that are expected to draw thousands of fans, league officials and media to Cleveland for what has become one of the NFL’s biggest non-game events.

After the pandemic turned the 2020 NFL draft into a unique all-virtual event, the 2021 draft will return as a public football festival, surrounded by outdoor activities, such as the NFL Draft Experience outside FirstEnergy Stadium, and live concerts provided by the Rock & Roll Hall of Fame.

Commissioner Roger Goodell, who announced selections from his basement in the virtual draft presentation a year ago, will be on hand to return to his tradition of MC’ing the draft amid a chorus of good-natured boos.

“Warm up your vocal cords to boo,” wrote NFL VP of communications Brian McCarthy in an email to TheLandOnDemand.

Some draft prospects will also be on hand to be introduced. Others will remain home and appear virtually.

Many details are yet to come, but the highlights of Monday’s announcements were:

The three days of the draft will be broadcast on NFL Network, ESPN and ABC, including two nights of prime-time coverage on Thursday and Friday.

On Friday, new Browns safety John Johnson termed his defection from the Rams to the Browns “an opportunity of a lifetime” … “a no-brainer.”

On Monday, new linebacker Anthony Walker followed that script and described his defection from the Colts to the Browns as “a perfect fit.”

Walker, who had an interception, a tackle for loss and two passes defensed in the Colts’ 32-23 loss to the Browns in Cleveland last year, said he foresaw the Browns as a playoff team that day.

“I talked to coach [Kevin] Stefanski and I told him, ‘When we played you guys last year, I told the guys in our locker room that is a great football team over there,’’ Walker said on a Zoom call. “When you can stop the run and run the football, you are going to put yourselves in position to be successful in the NFL. The ability to make big plays and limit big plays, I thought they played good complimentary football, offense and defense. Just happy to be a part of this organization and just do my small part to help us be successful.”

Walker, 25, leaves a Colts team that has designs on the Super Bowl. But he said his No. 1 goal of playing in a Super Bowl can be achieved with the Browns. He is signed only for the 2021 season.

“You talk about a team that is a fourth-and-one away from beating the Kansas City Chiefs and going on to the next round,” Walker said. “A team that you could say is a couple pieces away or maybe a play or two away from being in talks of playing in the Super Bowl last year. You join a team like that with the culture they are building, the team, the comeraderie, all of that stuff. Again, I am a small part of joining a great organization and an organization that is turning in the right direction. I am proud to be a part of it.”

Devil in the details

Cornerback Troy Hill’s contract with the Browns originally was reported in some quarters as four years for $24 million. It turns out two of the years are automatically voided on the fifth day of the 2023 league year. Which makes it a two-year contract for $9 million. Hill’s salary cap number for 2021 is $1.875 million.

Hill, 29, started all 16 games as the Rams’ slot cornerback in 2020. He figures to fill that role with the Browns, but could start on the outside, too, depending on Greedy Williams’ return from a season-long injury and the Browns’ draft.

"Troy fits in great,” Stefanski said in a team release. “He was a very productive player out there in Los Angeles. Played inside and outside, he makes plays on the ball, he is part of the front, he is good in coverage, so [I’m] really looking forward to having him play a big role in this defense."