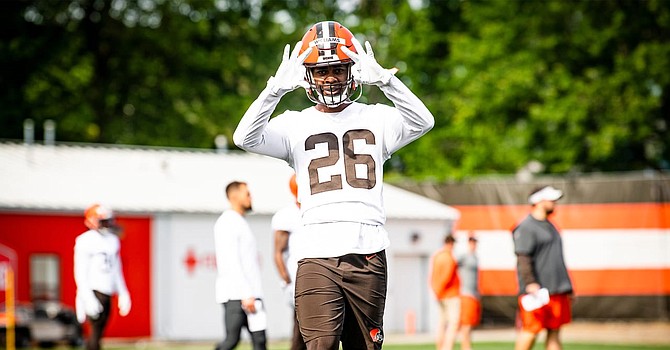 Greedy Williams is getting closer to full strength after missing all of 2020 with a nerve condition in his right shoulder. (Cleveland Browns)