#Heytony: Will The Nfl Season Start On Time? 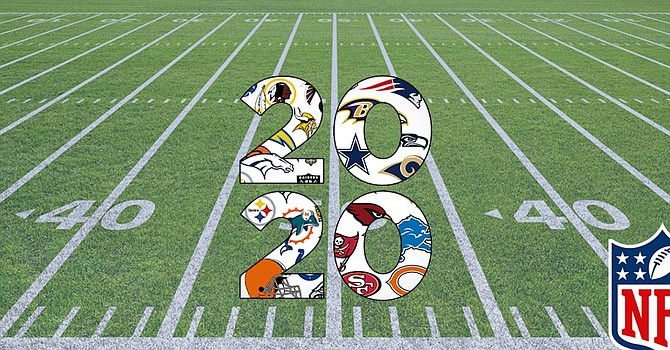 It wouldn't be hard for the NFL to delay the 2020 season by two or four weeks. (thesportsgeek.com)

Hey Tony: What is your best guess at the date of week 1 in the NFL? It’s almost assured to be delayed. Thanks.

Hey Tommy: I don’t know that it’s almost assured to be delayed. If it is, I think the NFL formulated its schedule with the idea of a two-week delay. In other words, the season would effectively start with Week 3 games and Weeks 1 and 2 would be tacked on after Week 17. The NFL calendar could accommodate as much as a four-week delay to the start of the season. I don’t think it would need that long.

Hey Tony: Do you think the players would rather start “on time” with no fans or delay to spring with full stadiums? Same question for the sportswriters?

Hey Jason: A delay until spring of 2021? Please, no. The NFL is adamant in providing programming for its network and cable partners. If that means no fans, so be it. Me? I think a two-week delayed start would be fine if it means fans back in the stands.

Hey Tony: It just feels like the team is behind schedule. Is there a certain position that could be hurt more by not being together?

Hey Chad: More than one coach over the years have told me the reduced practice time in the offseason, which began with the CBA extension in 2011, has hurt offensive line play most. Thus, I think the Browns offensive line – which includes two new offensive tackles and a new position coach teaching a new scheme – will suffer the most from this truncated offseason.

Hey Tony: It seems like there's no traction with a veteran LB at this point. Of course, cuts happen, but are the Browns looking for a veteran and any chance they're looking at Clay Matthews? Is there interest from Matthews ending his career where his dad starred?

Hey Jeff: The Browns want fresh legs and speed at the linebacker position. I don’t believe Matthews is in their plans, nor are they in his.

Hey Tony: Did John Dorsey resurface in the NFL and at what capacity?

Hey Mike: Dorsey may be consulting with another team, but so far is not formally employed by any other team. He is still living in Northeast Ohio.

Hey Tony: It seems to me that Freddie’s staff was greatly influenced or almost all picked by Dorsey and Kevin’s staff is entirely his picks, which should be good for cohesive messaging and coaching for our current players with hopefully much better results Your take?

Hey Jim: No doubt, Dorsey had a huge influence in Freddie Kitchens’ coaching staff. It didn’t work, obviously. Yes, Stefanski appears to have made all the hires on his staff. That improves the chances of it working out a lot better.

Hey Tony: You've recently been talking a lot about how we haven't won in PIT in 16 years. Was passing on Big Ben from our own backyard, for Kellen Winslow II the biggest blunder in Browns rebirth? Gift wrapping a HOF QB to our rival is hard to beat!

Hey Marco: Yes, I have singled out the passing of Roethlisberger in the 2004 draft as the greatest blunder in the Browns expansion era. I don’t remember anybody predicting a hall of fame career for Roethlisberger at the time, but he certainly would have been the right pick at the time.

Hey Mike: In the third year of his rookie contract, Nick Chubb is a bargain at a salary of $1.15 million. Compare that to the $15.25 million salary of Olivier Vernon and you have my answer to your second question.

Hey Tony: Do you think Rashard Higgins is going to be our WR3 and how much playing time to you expect him to get in Kevin Stefanski’s 2-TE sets? Or do we try to sign a cheap free agent like Taylor Gabriel?

Hey Justin: I think the Browns feel OK with Higgins as the third receiver. When Jarvis Landry and Odell Beckham Jr. are healthy, I don’t see the third receiver getting more than, say, 35 percent of the offensive reps. I don’t sense a need for Gabriel at this time.

Hey Tony: If there are no fans this season, is there anything we can do/any plans to create a home field advantage in Cleveland?

Hey Tony: Do you know if the NFL is developing any modifications to the helmet to help protect players from contracting the coronavirus?

Hey Mike: Adam Schefter of ESPN reported there is some research into a helmet with a built-in mask to cover mouth and nose. I would think the typical visor already prevalent in the league would suffice.