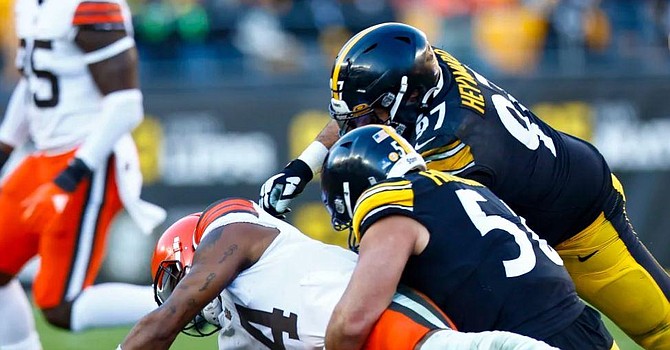 In his first game in Pittsburgh with the Browns, Deshaun Watson was sacked seven times and intercepted twice. (Steelers.com)